Intrepid Women I Admire – and I think you will, too! 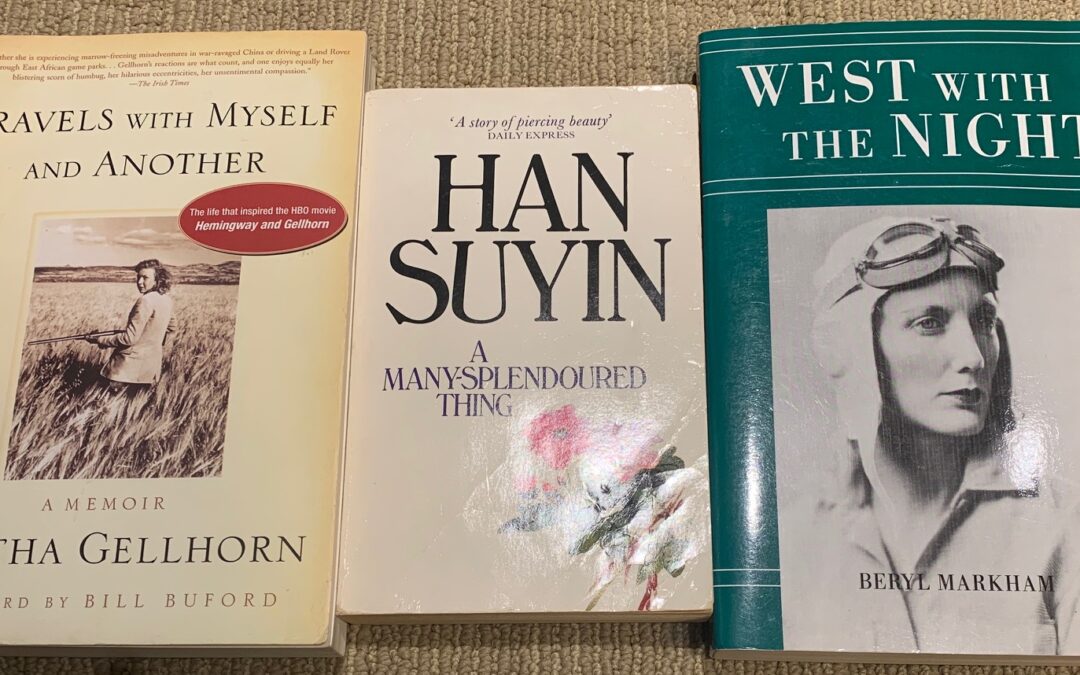 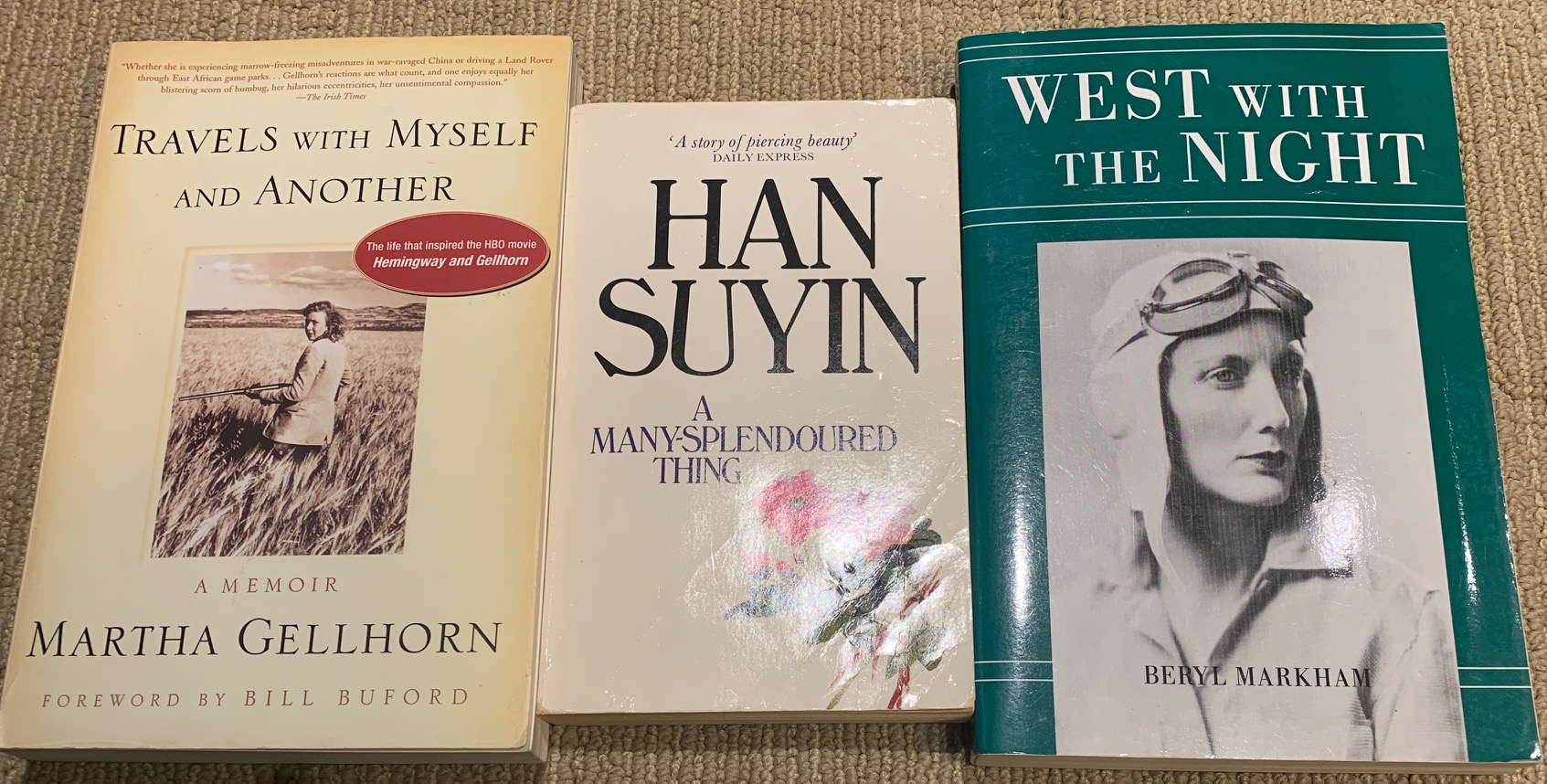 I’m fascinated with intrepid women—from history and from today—especially those who wrote about their lives. Why? Because I consider myself to be an intrepid woman—one who is/was fearless about traveling the world, willing to venture far outside my comfort zone, and take on challenges that no one in my family expected I could do. This is a central theme of my memoir, When the Red Gates Opened: A Memoir of China’s Reawakening.

Among those I admire—along with books about them I highly recommend!—are:
Martha Gellhorn, one of the most intrepid of early female war correspondents, who started in 1930 in Paris but then covered the 1930s Spanish civil war, the landing at Normandy, and virtually every major conflict in the following decades. Today she is remembered mainly as Ernest Hemingway’s third wife, but it’s clear she was one tough cookie, a journalist and author who deserves to be remembered as one of the great foreign correspondents of the 20th century. In addition to her own books, including Travels with Myself and Another, I recommend Paula McLain’s beautifully written fictional version of Gellhorn’s adventures, Love and Ruin.

Emily Hahn was an intrepid American who lived and wrote in Shanghai, Hong Kong, and Chongqing from 1935 to 1943, including a book about the three Soong sisters, all of whom she met and interviewed personally. In those years, Soong May-ling was the wife of China’s president, Chiang Kai-Shek. Hahn loved defying cultural norms, including an affair with a Chinese poet who introduced her to opium smoking. My favorite of her many memoirs is China to Me, a title I wish I could have used for my own memoir. I feel like my experience of China was different from that of many other journalists—though nowhere near as unconventional as hers!

Han Suyin grew up in China, Eurasian daughter of a Belgian mother and a Chinese father, studied medicine and served as a midwife and doctor during the 1940s. She wrote a series of memoirs about her early life—all of which I read in my early twenties—but is best known for a lovely, lyrical love story called A Many-Splendoured Thing, about her barrier-shattering affair with a married Australian journalist in Hong Kong. Her book is way better than the movie!

Isak Dinesen, pen name for a Danish writer named Karen Blixen, moved with her husband in 1913 to Kenya, where she started and run a coffee farm. Her fascinating memoir, Out of Africa, describes more about her business and her ties with Africans than her long-term affair with big-game hunter Denys Finch Hatton, the central plot of the movie version. “I had a farm in Africa,” her book begins (as does the movie). Meryl Streep captured her personality beautifully. Robert Redford was not as convincing.

Beryl Markham, born in England, grew up in Kenya and learned to race horses before she became a pioneering woman pilot in the 1930s. She was the first person to fly solo, non-stop, across the Atlantic Ocean from east to west, a story she included in her memoir, West with the Night. Her memoir was highly praised after publication but mostly forgotten until rediscovered republished in 1983. I fell in love with it long before Paula McLain wrote a compelling historical novel about her, Circling the Sun. I recommend both!